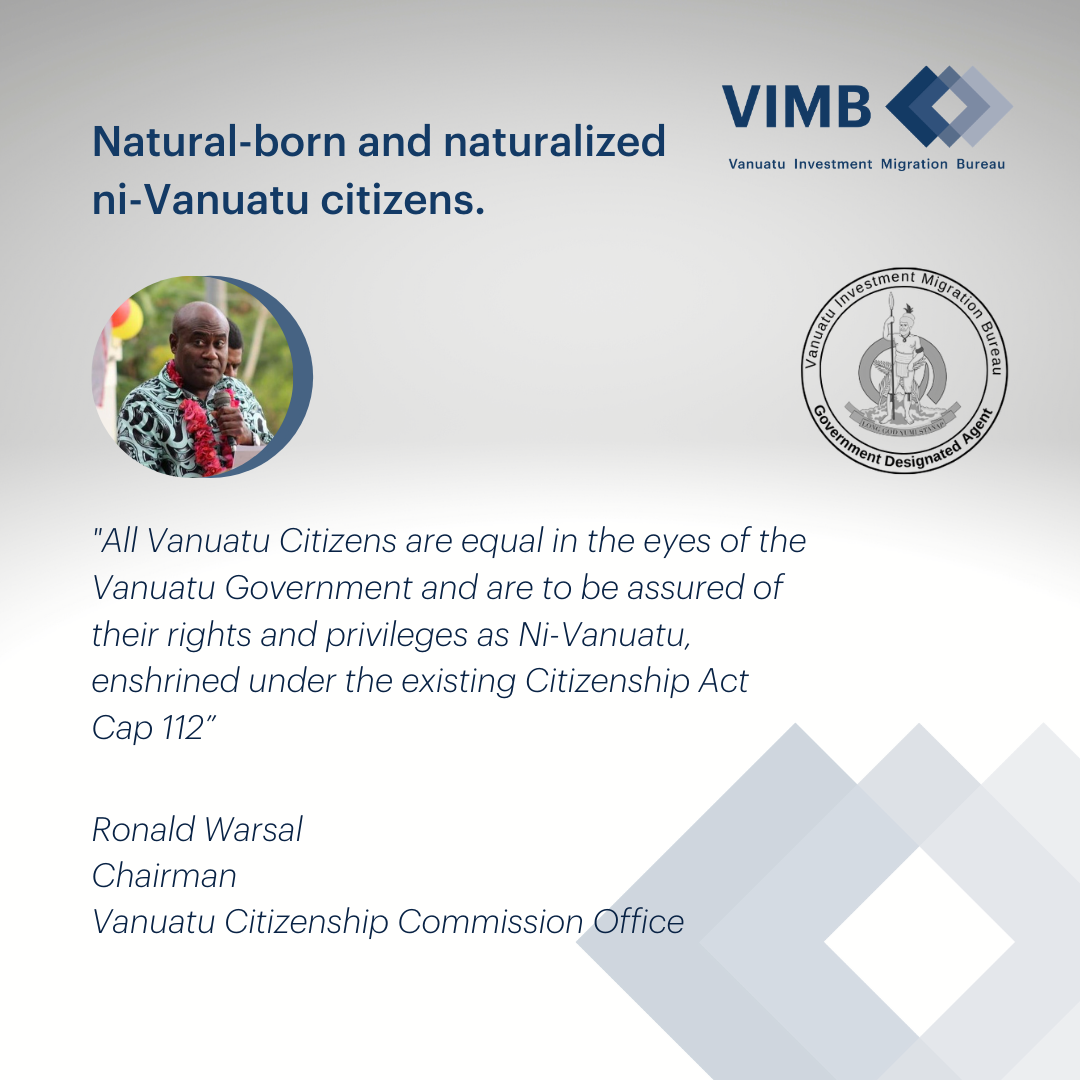 The Vanuatu citizenship programs have been under major scrutiny over the past few months since they have been the target of different rumors that have brought with them an important level of criticism. It has been stated by non-authorized people that the Vanuatu Government does not perceive investors who have received their citizenship equal to people who have been born in the territory which has created doubts about the citizenship benefits.

This situation has resulted in eye-catching headlines, as well as debates taken place on different social media platforms where people have been ranting about how unacceptable it is that the Vanuatu Government gives green passports to their natural-born citizens, but people that have obtained the Vanuatu citizenship get a yellow one.

Ronald Warsal, the Chairman of Vanuatu Citizenship Commission, has spoken about the ongoing rumors that threat to damage the great image that Vanuatu DSP has built over the years and he affirmed that those were attempts to discredit the program.

He also cleared out the comments that had been previously made in the media regarding the difference in the passport color depending on how the person got the right to the citizenship noting that citizenship benefits are the same for investors and for natural-born citizen, Mr. Warsal also expressed:

The backlash also took place because the Vanuatu government signed an exclusive agreement with a master agent to handle applications for stateless investors. Concerning this controversy, the head of the Vanuatu Citizenship Commission stated that “even when agreements in principle are made, there is still a further process of consultation and validation to be conducted before such initiatives can be formally launched”.

James Harris, Chief Executive of VIMB, uttered his appreciation about the way the Vanuatu Citizenship Commission handled the scrutiny and the ongoing rumors that Vanuatu DSP was put through. He recognized the efforts made by this new administration to communicate and clarify information to the international RCBI – community in order to engage it in the process with the goal of improving and turning DSP into a “sustainable and viable program over the long-term”.

Vanuatu Citizenship by Investment Program Approvals Data since its launch in 2014.

James Elcocke-Harris, Director of the Vanuatu Investment Migration Bureau (VIMB) and Honorary Consul for Vanuatu to the United Kingdom, has been published in a global investment guide to citizenship and residency produced by Country Reports in collaboration with Newsweek.