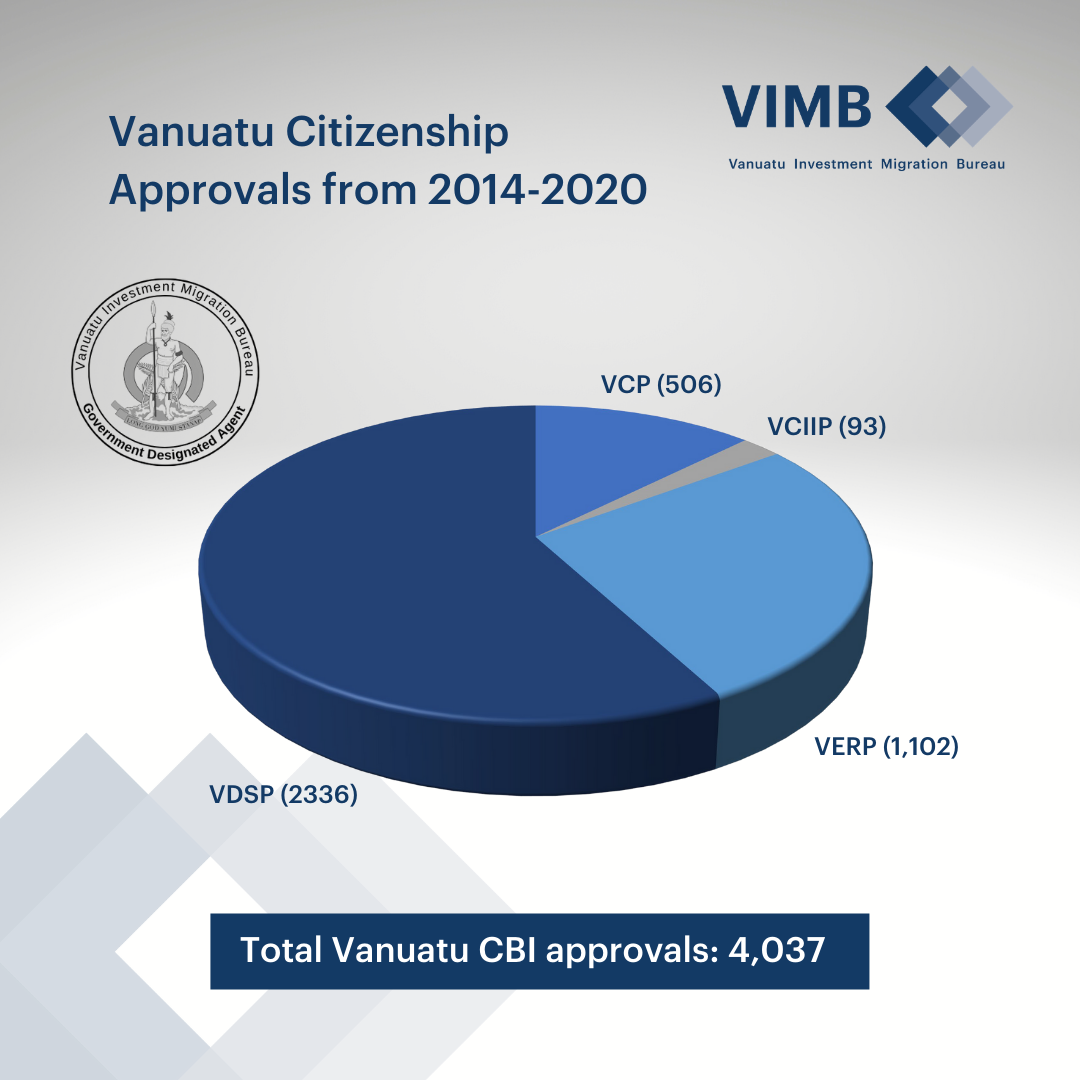 In efforts to make the Vanuatu citizenship process transparent for all the international instances, as well as for the Vanuatu citizenship applicants, approvals data has been released for the first time since its launch. Ronald Warsal, the new Chairman of the Vanuatu Citizenship Commission has acknowledged the existing concern about the way the application programs had been handled, the criteria that had been applied and the all the information related to the approved citizenships in prior years.

In this order of ideas, it’s important to point out that the Vanuatu Government carried out a total number of four different application programs since 2014 which represented a great source of income for the country, but the secrecy surrounding the data that concerns the VCP, the VERP, the VDSP and the VCIIP programs did not meet international norms and expectations.

These measures taken by the Vanuatu Citizenship Commission clear out the ongoing doubts regarding the inconsistencies in the process and they bring a light of transparency to the Vanuatu DSP (Development Support Program) which makes it trustworthy for the potential investors and the Vanuatu citizenship applicants because now they can have access to information about the previous investment and citizenship programs held by the Vanuatu Government which used to be classified information.

The published data revealed that most of the applicants for the Vanuatu citizenship come from China and the rest come from Iraq, Syria, Africa, Libya, Lebanon and from several other countries. It was also established that between 2014 and 2020 a total number of 4.037 applications were approved; VDSP being the one program that granted more than half of those citizenships, followed by VERP with 1.102 applications approved, VCP with 506 and then VCIIP that only approved 93. All these programs brought great revenue to the Vanuatu Government with an evident increase over the years, starting at $24.4M in 2016, escalating to $87.6M in 2018 and then reaching $132.6M in 2020.

Vanuatu Government Announced the introduction of a New Real-Estate option for Vanuatu Citizenship to the parliament in April 2021.