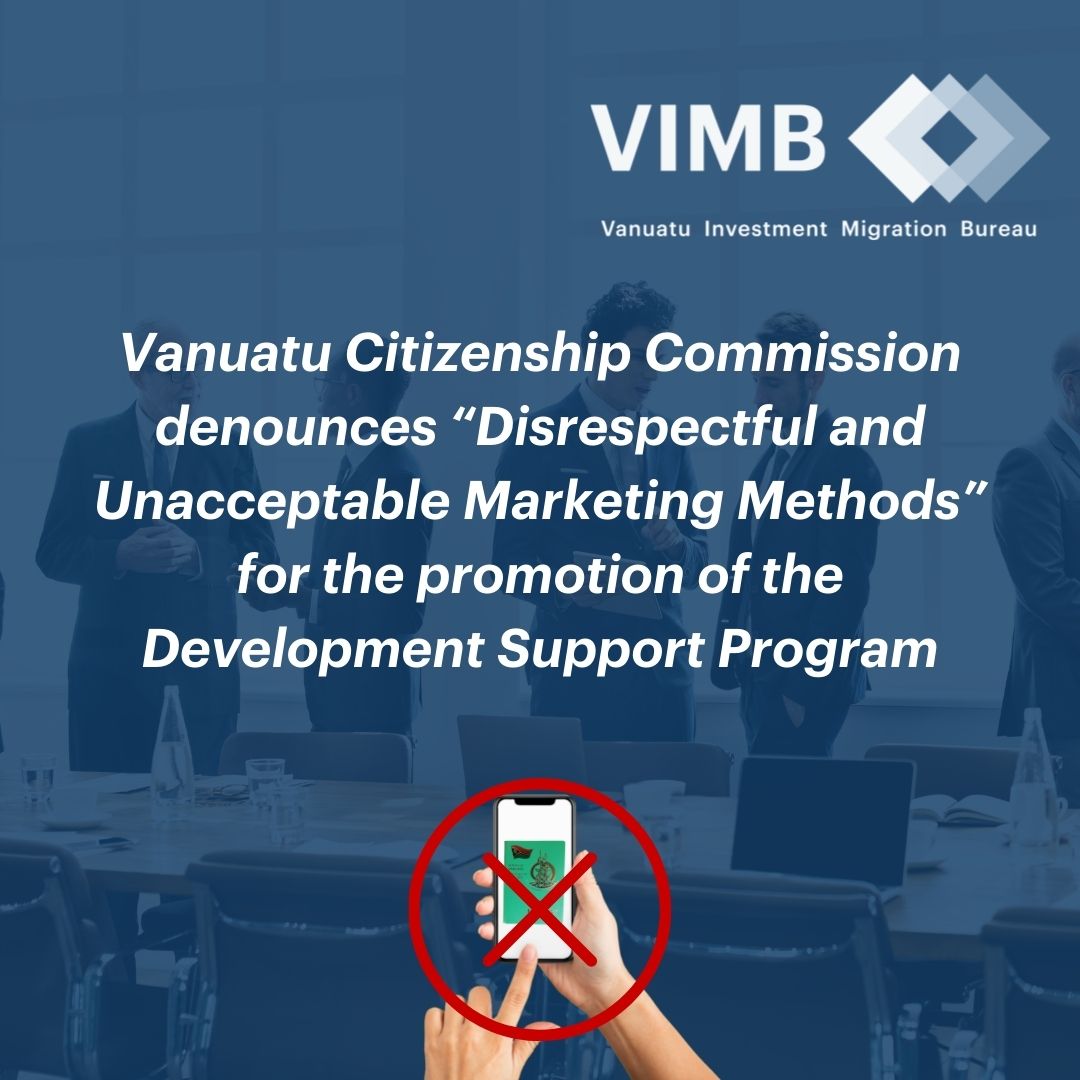 A strongly worded rebuke was issued surrounding the Vanuatu Citizenship by Investment Program because of a marketing tactic used by a Middle East CBI consultancy.

The video published was meant to get the word out about the program in order to attract potential investors, but the strategy used to catch the public’s attention was condemned by the Vanuatu government for being distasteful and for portraying the Vanuatu Citizenship by Investment Program the wrong way.

In said video there was a person, who seemed to be a Vanuatu Citizenship Agent, explaining the program while having a pile of Vanuatu passports in front of him and the Vanuatu flag hung upside down.

Ronald Warsal, Chairman of the Vanuatu Citizenship by Commission, addressed the situation in a statement with his concerns about the way that the CBI was being marketed by that company, stating that it was very disrespectful how the passports were put on display as if the program was a shopping option. This video was published on social media and the Commission requested for it to be taken down immediately, in addition to this situation it was discovered that the person in the video was not in fact a Vanuatu Citizenship Agent.

Marketing strategies used abroad to promote the CBI programs have occasionally been a source of dissatisfaction for the Vanuatu government because they have struggled to have control over the way that international representatives promotes them, especially in the Middle East.

It was stated that the international agents need to discuss their marketing tactics with their Vanuatu Citizenship designated agent first, but before they are carried out in any platform, they must be authorized by the Commission. Warsal expressed that they are working hard to have more control over the way that the CBI programs are portrayed overseas.

Vanuatu Citizenship by Investment Program Approvals Data since its launch in 2014.

James Elcocke-Harris, Director of the Vanuatu Investment Migration Bureau (VIMB) and Honorary Consul for Vanuatu to the United Kingdom, has been published in a global investment guide to citizenship and residency produced by Country Reports in collaboration with Newsweek.

No comments to show.