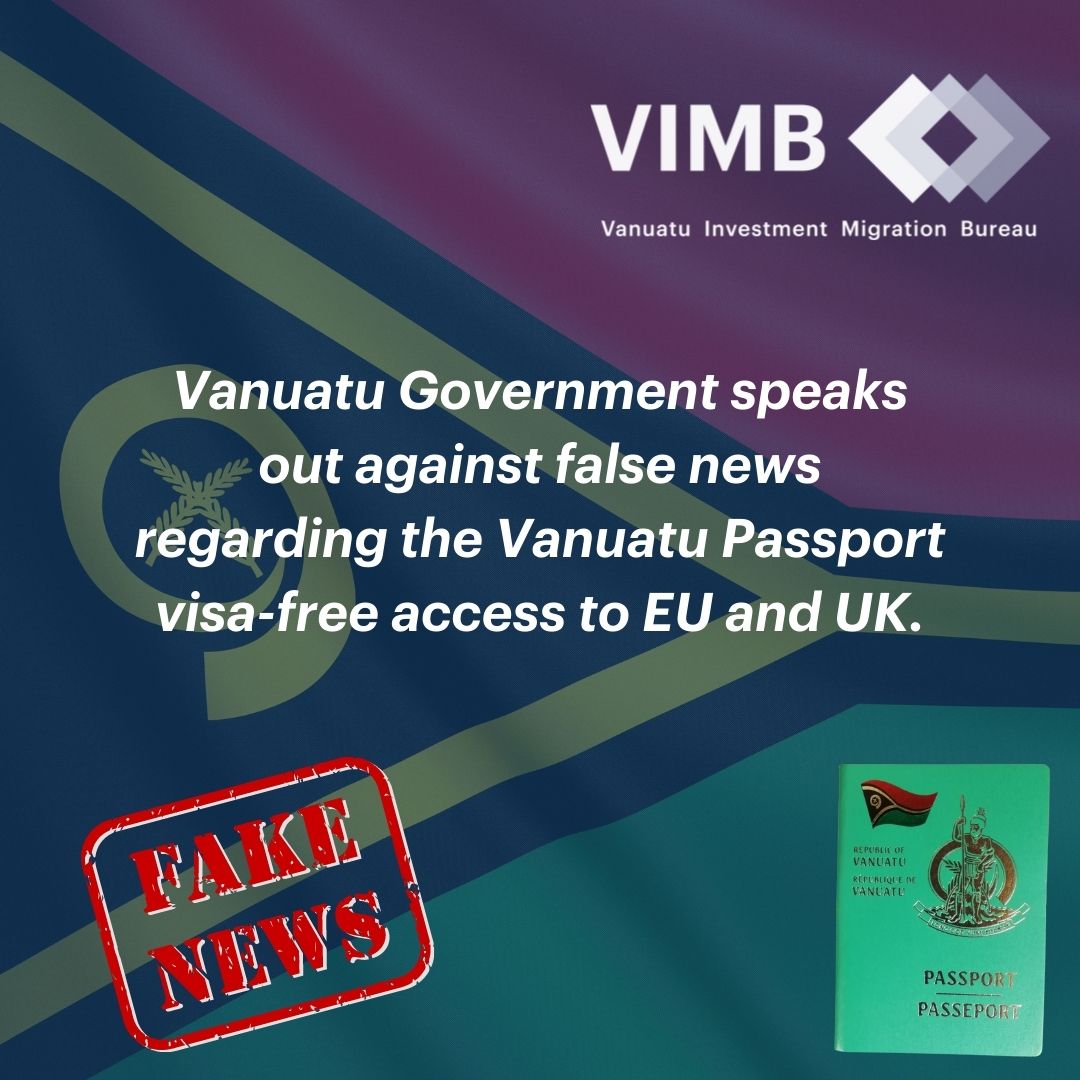 Responding to a negative article regarding Vanuatu’s relationship with the EU and UK published in an obscure media outlet the Vanuatu Government has been quick to issue a firm rebuttal. In the article it was stated that Vanuatu Passport visa-free access in both the EU and the UK were to be withdrawn due to dissatisfaction in Vanuatu’s progress in beefing up its due diligence processes for prospective citizens under the successful Citizenship by Investment Program that Vanuatu has operated in various guises since 2013.

In a statement issued by the Vanuatu Minister of Foreign Affairs, it was emphasized that Vanuatu is in constant conversation with the European Union about the Citizenship by Investment Program and the maintenance of visa free countries across the EU and including the United Kingdom.

The Vanuatu government was the target of false claims over the weekend. As a tactic to create unease and concerns among the investors, the media outlet WIC News published an article stating that the Citizenship by Investment Programs will most likely “suffer a major setback as the European Union and the United Kingdom have decided to place them out of the visa-waver heaven”.

The Vanuatu government was quick to clear up the rumors and deny the false accusations. It was stated that there is no need to worry because Vanuatu is in constant conversation with the European Union about the Citizenship by Investment Program and the way that the program is handled in the present, but also how it will be handled in the upcoming years regarding the Vanuatu Visa Free Countries.

Vanuatu’s Foreign Affairs Ministry stated that those claims were an attempt to damage the reputation of the CBI program and that the government reserves the right to take legal actions for defamation.