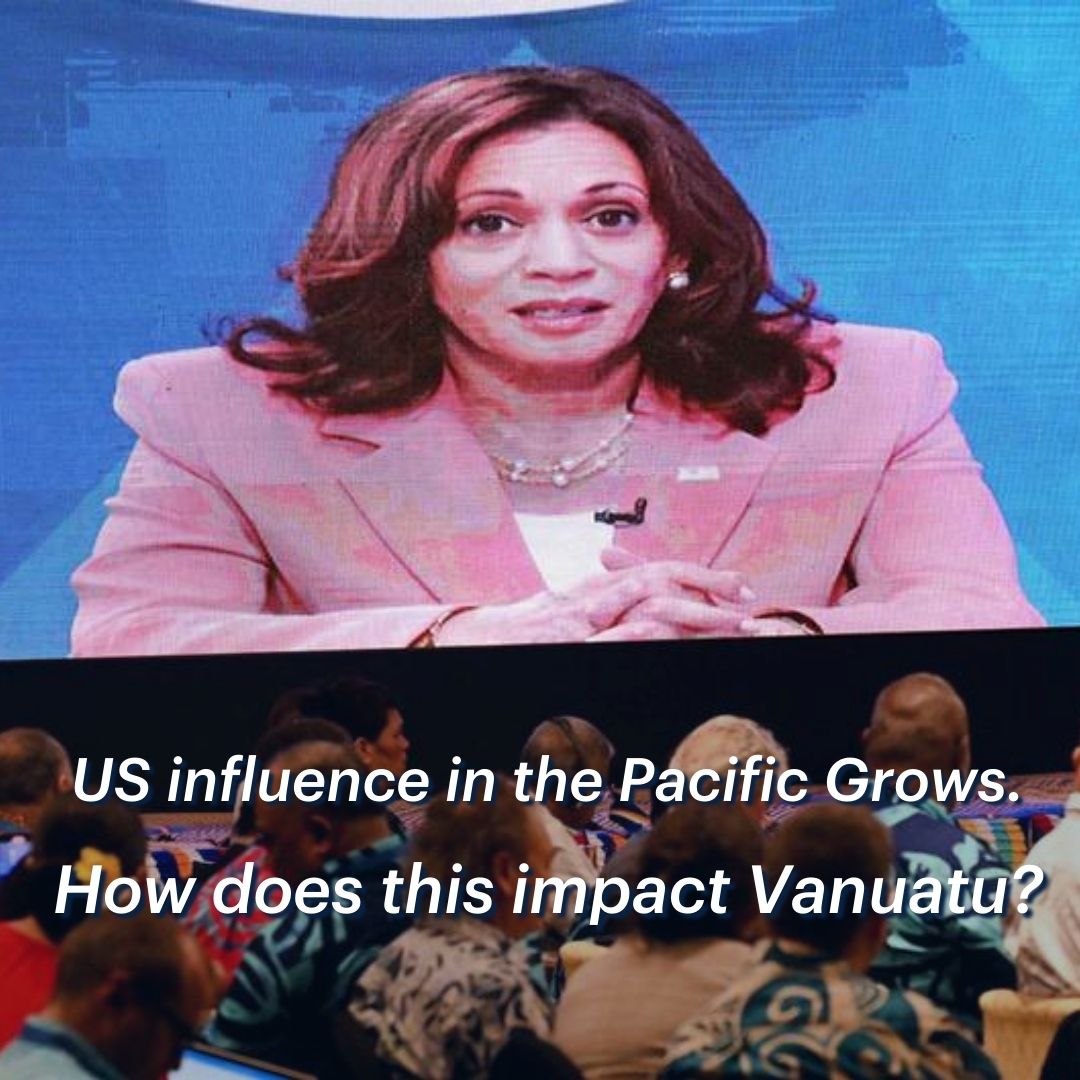 The Ties that Bind – US influence in the Pacific Grows.

How does this impact Vanuatu?

Having observed with growing alarm the success of China’s engagement efforts in the Pacific, the US has decided to attempt to reassert itself in a region that has felt somewhat overlooked as it struggles to cope with the dual effects of climate change and more recently Covid 19.

Hot on the heels of Beijing’s offer of security pacts with a number of the Pacific’s Island Nations, the US Vice President Kamala Harris, making a “virtual” appearance at the Pacific Islands Forum in Fiji promised to inaugurate a series of new embassies – initially in Tonga and Kiribati – as well as a significant uplift in aid for marine resilience and security.

“In recent years, the Pacific Islands may not have received the diplomatic attention and support that you deserve”, said the Vice President Harris.  “So today I am here to tell you directly:  We are going to change that”.

Although there is no immediate apparent impact for Vanuatu (apart from a resumption in the deployment of Peace Corps volunteers), there is no reason why Vanuatu cannot be a beneficiary as the country’s profile continues to grow internationally.  Long regarded as being of limited significance, Vanuatu now finds itself if not central to, then of interest in the plotting of spheres of influence in the region.

At odds with this is the recent decision by the European Union (EU) to suspend Vanuatu’s visa-free access to Schengen Europe.  With Vanuatu reeling from the effects of a two-year self-imposed isolation from the rest of the world, the timing of the move – albeit a response to some lingering concerns over the administration of the highly successful Vanuatu Citizenship by Investment Program, known as the Development Support Program (DSP) – is likely to complicate efforts to foster good relations as Vanuatu attempts an economic recovery.

The best that can be hoped for is a swift and purposeful reworking of the Citizenship Program to assuage any EU concerns, followed by a resumption of the visa-privileges previously enjoyed.   This process is apparently underway and is badly needed to maintain the delicate balance of goodwill of which Vanuatu is emerging as one key pivot point.

After two years, the gates to a slice of paradise on earth are ready to open: Vanuatu.